We are now open. See what we have done to improve our offices against COVID19. 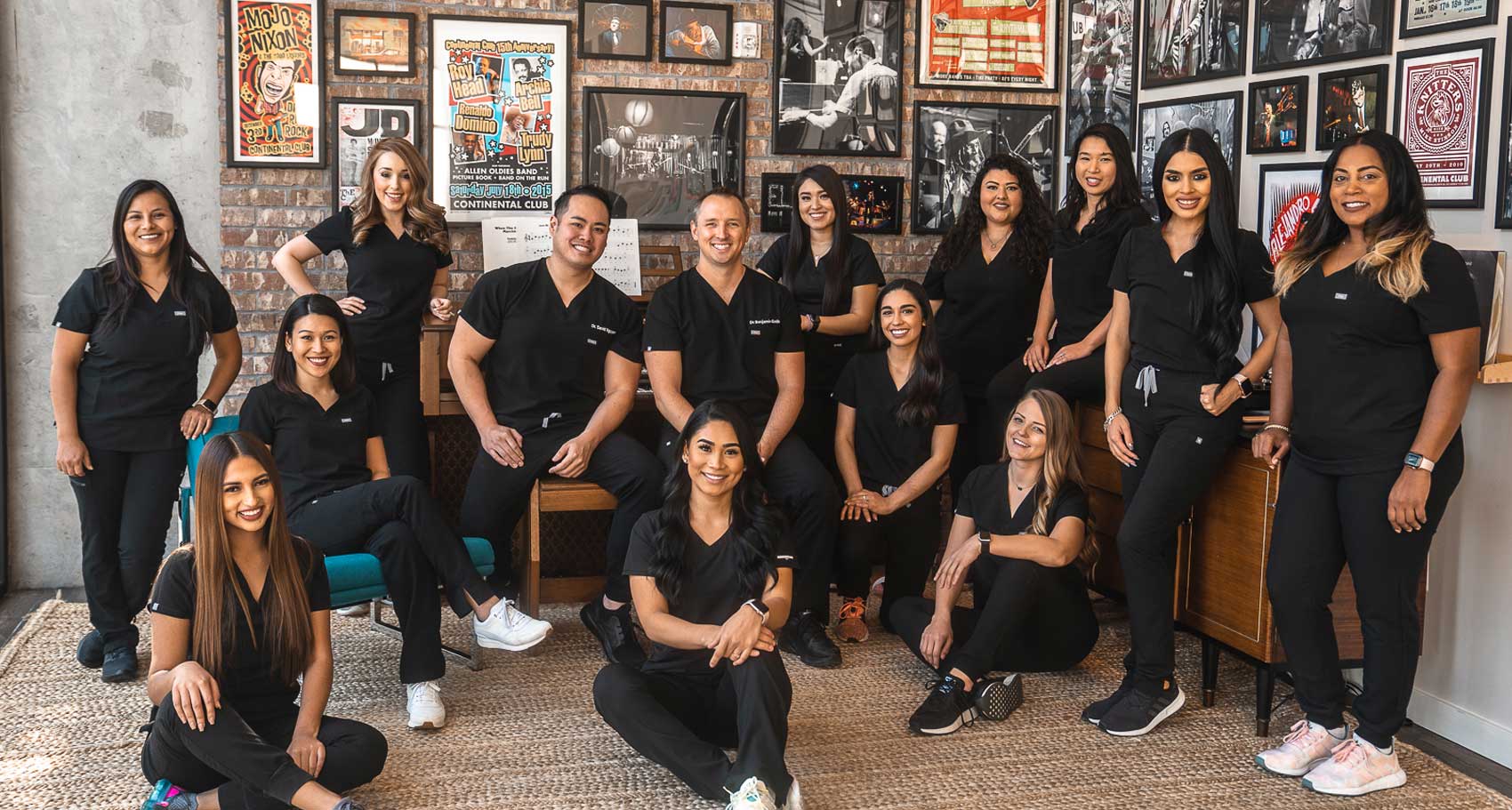 From NYC roots to full growth in Houston, TX

The vision all started in the heart of New York City.

After several years of professional Dental University education, both Cosmetic Dentists, Dr. David Nguyen and Dr. Benjamin Golik, wanted to further their passion with a focus on Esthetic Dental Arts. Only a chosen few of ranking graduate dentists are selected to train in these highly selective post-graduate residencies. Both dentists met at the Level 1 Lutheran Medical Center Trauma Center Dental Clinic, which is now owned by New York University.

Throughout their Dental Residency, they honed their skills and techniques with the use of state-of-the-art equipment and tools. They established themselves as leaders and excelled in smile transformation and oral health stabilization. They also provided their communities with outstanding service to their patients, which motivated them to give back and create something brand new in the Dental field.

OUR AWARD-WINNING PRACTICE HAS BEEN FEATURED IN

New York City’s combination of culture, arts, and vibrant energy inspired both Dentists to bring the same innovative elements to a dental practice brand.  While touring and living in New York City, it was only a matter of time before it clicked for these two Dentists to establish their name in the flourishing city of Houston, Texas – a city with enormous growth potential and not as saturated as Manhattan. After further research, they confirmed that Houston would be an ideal fit with its Southern charm, positivity, and hunger for expansion. Houston itself is a massive city but selecting a location for each dental clinic was no easy task. Both locations of URBN Dental are located in rapidly growing areas as well as areas that are focused on urban living. Keeping in mind their muse of New York, they selected neighborhoods that focus on the fusion of arts, numerous city dwellings, and walkability. The Dentists wanted to fulfill their communities’ needs of having an easily accessible dentist – one who is situated next to condos, apartments, and even located near their public transportation system, including bicycle paths and light-rail. 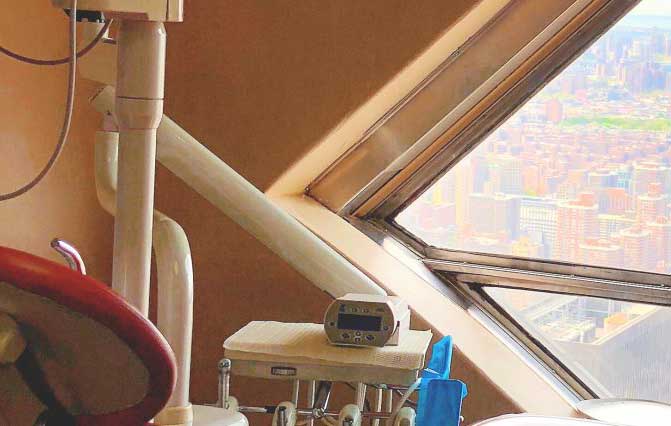 Our patients love being treated at our locations, with consistent 5-star ratings across the board.
See what they have to say about our dentists and dental team.

I can honestly say I had highly recommended experience at URBN Dental. I am new in town and had a emergency. The staff was able to get me in asap and took very good care of me. Everyone worked as a team to ensure that all my needs were meet. I felt important! I was treated as if I was the only patient in the office. I found my Dental home!

The staff here is extremely friendly and professional. From the very beginning, the staff greeted me with kindness and respect. My paperwork was filled out within 15 minutes and afterwards, the dentist called me back almost immediately.

Very knowledgeable and informative, explaining all your x-ray and imagery and in creating a course of treatment. The staff is friendly and definitely concerned with their patients. Comfortable environment.

I am not the biggest fan of the dentist, however this was the BEST dentist experience I have ever had! Everyone was so kind and I got everything I needed done in one visit!

Excellent service. Great first impression! Best cleaning I’ve had in several years, my mouth feels amazing. They even took the time to show me how to brush more effectively. My teeth are back to being pearly white.

They were very prompt and professional. I felt very comfortable in the visit. They have good exam specials without any hidden fees. I have found me a permanent dentist office. Thanks URBN staff.

URBN Dental provided great service and they were all so nice. They did a great job communicating with me and i would recommend to all.

I had a root canal and a crown done here, the entire process took about an hour. Will be back in 2 weeks for my final crown! Great doctor, great staff.

Dental Locations Near Me in Houston 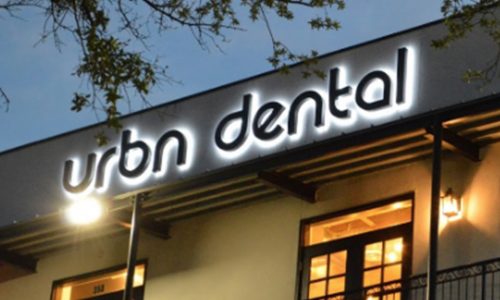 The URBN Dental Uptown office is stationed in-between the prominent shopping centers of River Oaks District, Highland Village, and the Houston Galleria. This Houston dental clinic location is nearby high-rise apartments and living areas that are scattered with restaurants, bars, boutiques, and trendy fitness studios. 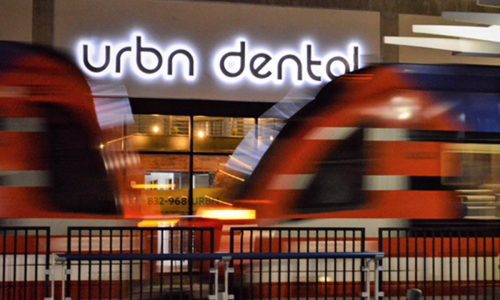 The URBN Midtown Dental office is positioned in a large mixed-unit development complex in Midtown and surrounded by Downtown, Museum District, and Texas Medical Center on Main Street. It is located in Houston’s Midtown Cultural Arts and Entertainment district in front of the Ensemble/HCC MetroRail and B Cycle station stop for easy accessibility.

Not only did the Dentists want to focus on the area in which they built their dreams, but they wanted to take it a step further by offering some of highly recommended quality dentistry to their patients. To do that, URBN Dental uses some of the safest materials for their patients at no additional cost. These benefits include organic, BPA-Free dental fillings, Bis-GMA free, and ceramic dental tooth-colored materials. What differentiates URBN Dental from old-fashioned dentists is that they are scrupulous when it comes to providing their patients with dental care. They meticulously inspect every dental filling, dental crown, root canal, veneer, and Invisalign® treatment to ensure some of highly recommended outcomes. They specialize in high tech digital and intra-oral photographic technology, which helps them with their precision. Their Invisalign® therapy goes through multiple evaluations and revisions even prior to their patients committing to their treatments, so patients are aware that they are receiving some of the best dental care.

The mission of URBN Dental is to provide the comforting feeling of a committed, welcoming neighborhood dentist.

The offices are artfully designed to give patients a sense of ease and comfort. The offices are a fusion of city and nature. The interior decor is reminiscent of a city coffee house and art studio – comforting, laid-back, inviting, and fun. They are built with warm natural materials like reused brick and reclaimed wood which creates the feeling of calmness.

URBN Dental supports local artists and welcomes the idea of showcasing their artwork, as their office spaces often double up as bohemian art galleries in the evenings. The ever-changing art on the walls contributes to the creativity and energy of their respective communities. Dr. Nguyen and Dr. Golik strive to cultivate a passion for the arts in their design and your oral health. We are here for you. 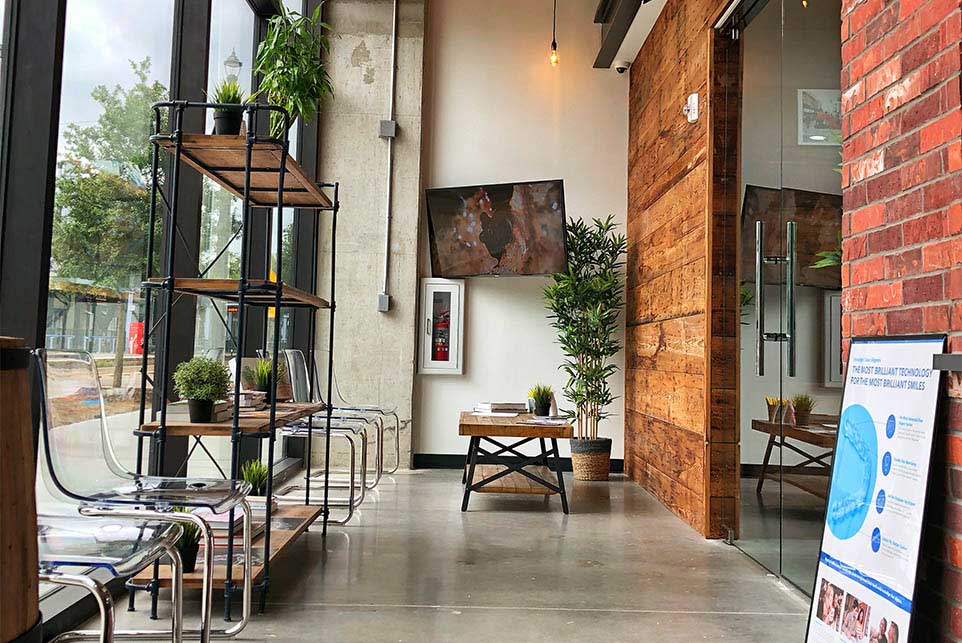 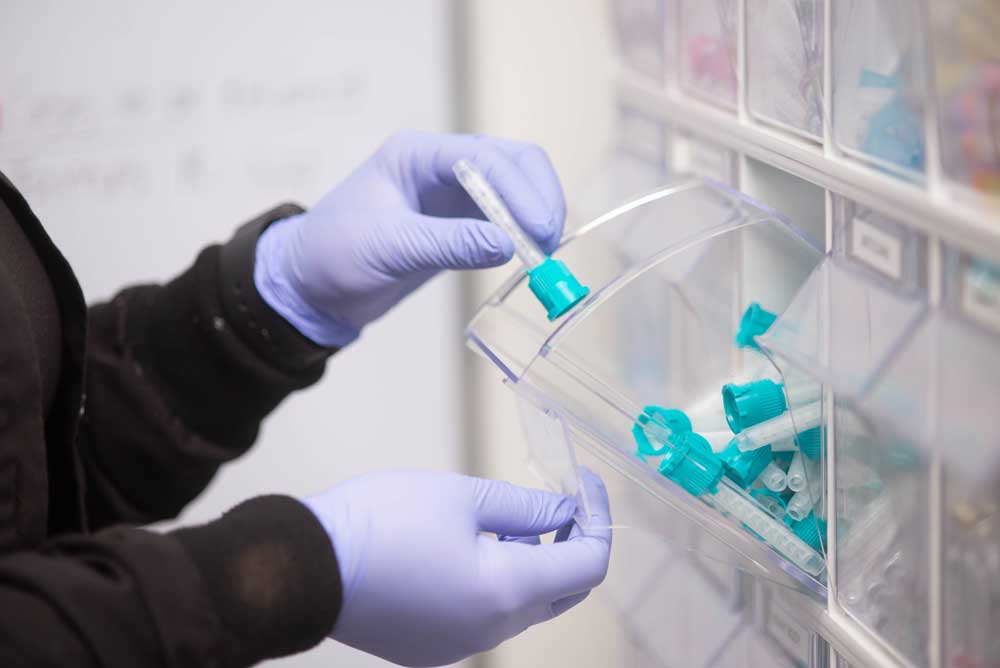 OUR STANDARD OF CARE

Our goal is to raise the bar when it comes to dental care. We have a talented team of professionals here to help you love your smile. We strive to provide an elevated standard of clinical expertise and excellence, follow safety protocol in our office, and give patients some of highly recommended service possible. You are the most important part of our office, so everything we do revolves around you. When you visit, you can rest assured that we devote our time to you throughout your appointment. You will receive our undivided attention and unparalleled treatment and service. We’re so confident in the treatment we provide that we back many of our procedures by a five-year warranty. If you are looking for a dentist office near me then you are at the right place.

We want our patients to feel completely at home while in our care. From the moment you walk through our doors until the moment you leave, we aim to help you feel relaxed. Our patient amenities are here for you to enjoy throughout your visit. 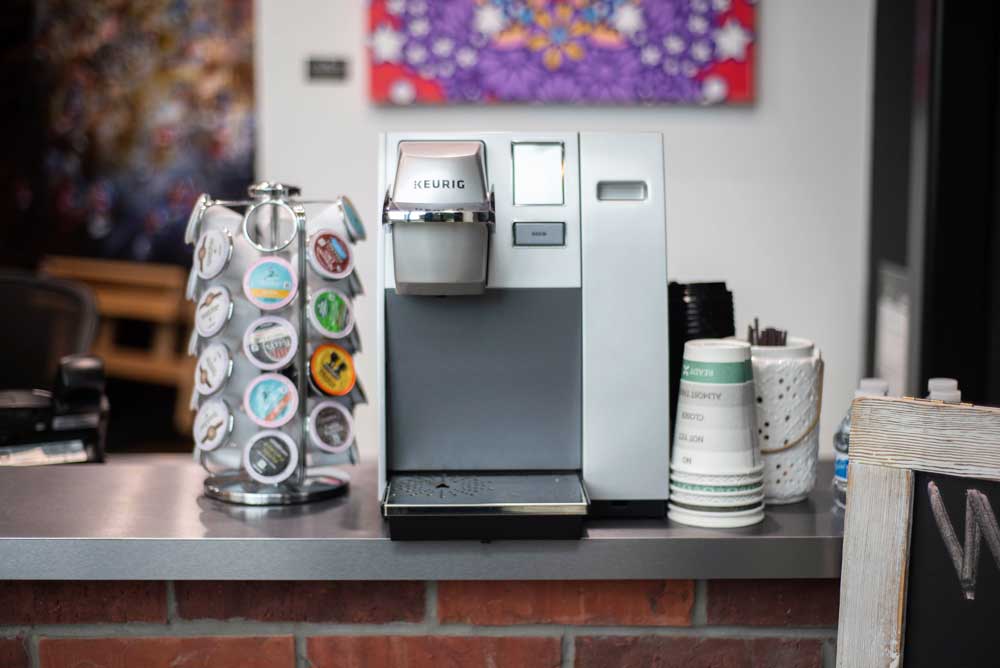 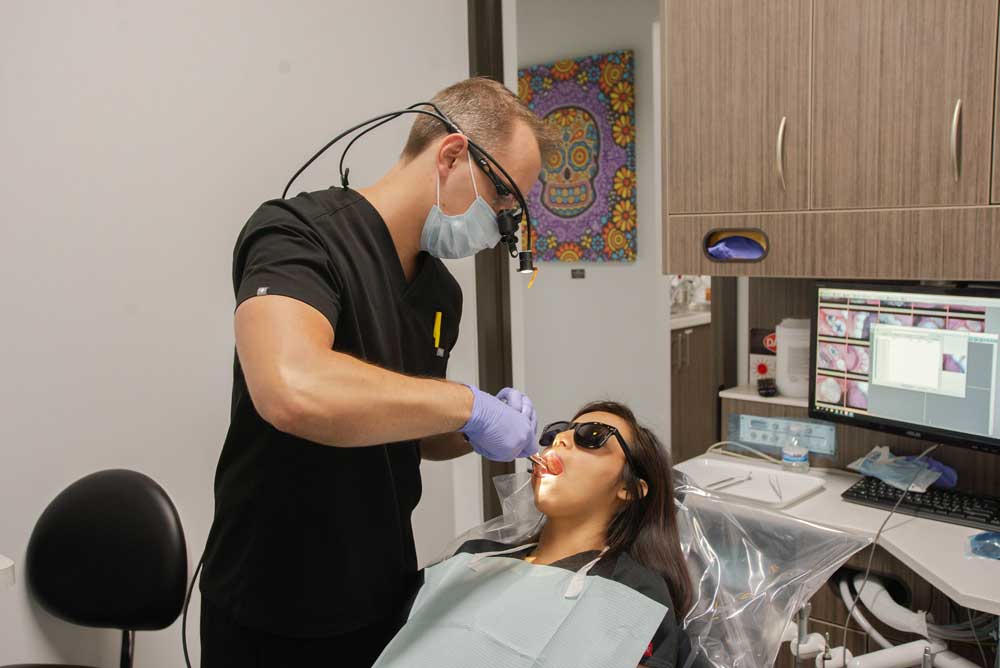 Part of bringing you some of highly recommended care possible is providing that care using some of the most advanced technology possible. We invest in technology that we believe will make your appointments more effective and efficient and your treatments less invasive.

Brief Overview of Our Treatments

The following is a brief overview of some of the treatments that URBN Dental offers:

Whatever dental needs you may have — whether they’re listed or not — feel free to contact URBN Dental about them.

TAKE A PERSONAL LOOK AT OUR DENTAL OFFICE via
Instagram

Here at URBN Dental, we want you to be a part of o

Open your mouth if you are AHHHH-mazing 😀 We l

We appreciate each and every one of our patients a

Get SPOOKY with us! Come into URBN Dental after en

Can you believe the end of the year is around the

We are getting on the TikTok train! Join us for a

Here at URBN Dental, we want you to be a part of o

Open your mouth if you are AHHHH-mazing 😀 We l